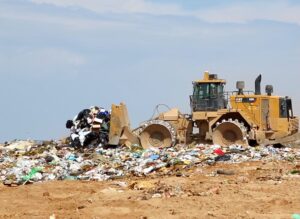 Learn More and Get Involved!

The “New Mexicans Taking Action on Plastic Waste,” movie premiere and panel discussion took place on April 1st with 137 attendees. Did you miss the event? Below is a recording of the event and follow-up items mentioned during the webinar.

Registration for the virtual premiere and panel discussion is required.  Click HERE.

Albuquerque-based filmmaker, Greg Polk, directed and produced a new documentary entitled, "New Mexicans Taking Action on Plastic Waste."  This 17-minute film explores the financial and environmental costs of plastic waste and the bi-products of plastic materials and production in New Mexico.  The film highlights the actions of ordinary New Mexicans who are taking on this crisis and draws on commentary from interviews with 22 individuals.  The film investigates the impact and true cost of plastic pollution in our waterways and natural environment as well as examines the complexities of plastic recycling and the financial and environmental costs of disposal.  The film is intended to both raise awareness of the issue and spark debate as a vehicle to spur further discussion.

George Richardson (Co-Producer & Director of Photography)
George is an interdisciplinary artist and photographer based in Albuquerque, New Mexico. A graduate of the University of New Mexico’s photography program, George’s practice is grounded in photographic-based media and two-dimensional image-making often incorporating elements of writing, painting & drawing, sculpture, and (increasingly) video. Additionally, George has worked on many commercial film productions and is a familiar face in art departments in the New Mexico film industry utilizing his graphic design skills and eye for detail.

Miranda Rivera & Gäel Whettnall (Shooting Crew)
Miranda and Gäel are a power-house couple in the New Mexico film industry. Both are avid and highly experienced climbers, which has taken them to countless remote areas of the state. Gäel has utilized his climbing skills for many years as a grip and rigging expert on large studio productions in the NM film industry and works as a crane technician. Miranda is a card-carrying member of the 600 camera union and works regularly as a member of camera department teams for some of the most accomplished cinematographers working today.

Attendees that are certified operators with the New Mexico Environment Department Solid Waste Bureau will receive one continuing education unit (CEU) credit towards their recertification.